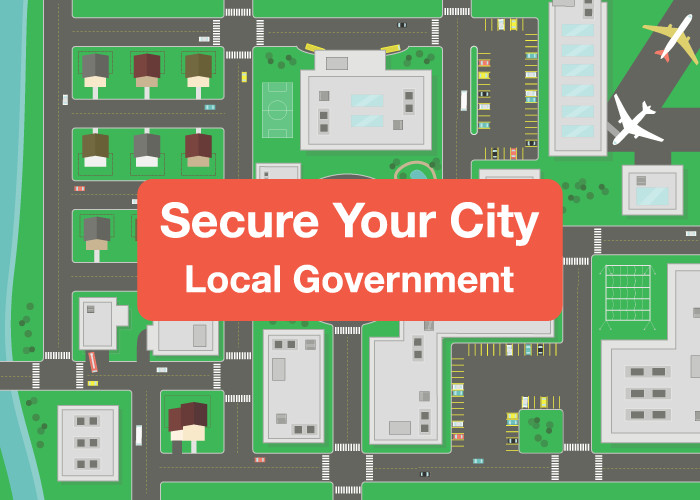 Infiltrating technology at local governments is an attack method with big pay-off for hackers. Phish a county employee? You can take the whole county, city, or state down. Because local governments rely on the data they hold to fuel their economies and keep their citizens safe, understanding the need for effective cybersecurity strategies and how to mitigate the numerous cybersecurity challenges cities are faced with needs to be a top priority of municipal governments. If a hacker gains access to a city’s data via a phishing attack and holds it for ransom, what would the impact be? Could your city recover?

Phishing is one of the most common sources of attacks on local governments. Why? Because it’s so easy. Hackers can easily trick employees into opening a malicious link or file via email or other modes of electronic communication, leaving local governments at a high-risk for data breaches. In fact, cities, counties, and states alike are all susceptible to falling victim of a cyberattack caused by phishing attacks – just look at these examples:

No matter if your city has 5,000 residents or 500,000 residents, establishing robust cybersecurity programs for local governments can be a challenging task. Local governments are faced with overcoming tight budgets, personnel with a lack of understanding of cybersecurity best practices, and a lack IT expertise to overcome today’s threat landscape. So, what should public sector organizations invest in? Cybersecurity awareness training programs for citizens and elected officials, use of forensic services after incidents or breaches, cybersecurity exercises, vulnerability scanning and penetration testing, and competitive compensation for IT personnel.

These examples don’t even come close to the number of reported breaches by local municipalities. Have you been victimized the cyber threats targeting the public sector? Don’t leave the security of your city and your citizens up in the air – let us help! Contact us today to learn how you can stay abreast of phishing attacks and other cybersecurity threats.

Ransomware Alert: Lessons Learned from the City of Atlanta