Blog
You are here: Home / Blog / Blog / Cybersecurity / Smart Cities vs. Secure Cities: Is There Really a Difference? 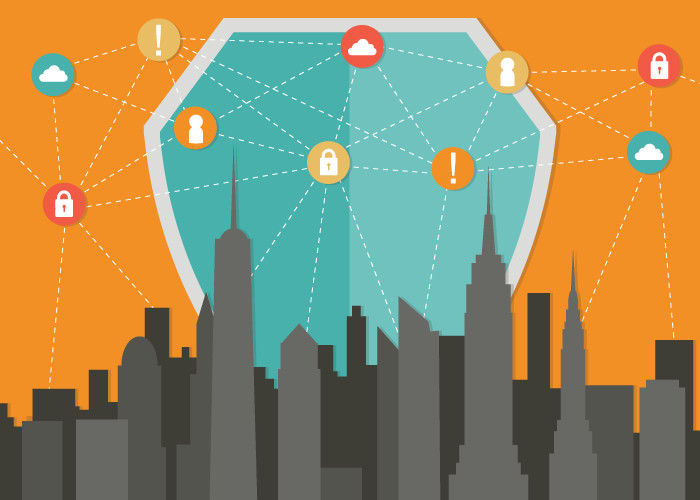 With technology ever-evolving, federal, state, and local governments across the globe have implemented new tools and processes to make their cities more accessible, efficient, and secure. From IoT devices, including cameras, traffic signals, and public transportation to city management systems and public data, cities all over the world are making an effort to become “smart” cities. But an increase in new smart technologies comes with an increase in cybersecurity risks; something that not all smart cities know – or are capable of – mitigating. This leaves us wondering: Can smart cities also be cyber-secure cities? What’s the difference between smart cities and cyber-secure cities?

What Makes a Smart City Different Than a Cyber-Secure City?

While smart cities utilize many innovative technologies with the intention of enhancing the lives of residents and increasing the efficiency of the city itself, smart cities are not technically always secure. Even if a city implements the latest, most innovative technology, it doesn’t always mean it’s secure. In fact, smart cities who rush to implement the latest innovative technologies may even increase the likelihood of experiencing a data breach or security incident because they don’t have effective cybersecurity strategies already established, leaving them even more susceptible to existing and new vulnerabilities. And even if a smart city does establish cybersecurity policies, new smart technologies increase the attack surface, introduce new vulnerabilities, are susceptible to DoS attacks, and often have encryption issues.

To better understand the difference between smart cities and cyber-secure cities, let’s take a look at how the following cities have integrated new, innovative technologies into their infrastructure to change how their city and residents function.

Examples of Smart and Cyber-Secure Cities

Does the city you live or work in utilize smart technologies? Want to make sure that your city is both a smart and cyber-secure city? Contact us today to learn more.

When Will It Happen to You? Top Cybersecurity Attacks You Could Face

What Does GDPR Mean for Marketing?